St. Patrick’s Day is a couple of weeks away, but you can get in the holiday mood this weekend in Rocky River. The All Irish Boutique  will offer Irish goods, entertainment and food at Rocky River Memorial Hall, 21012 Hilliard Blvd. The 37th edition of this event will take place from 10 a.m. to 5 p.m. Saturday and 11 a.m. to 4 p.m. Sunday. Admission is free.

Local dance troupes are scheduled to perform both days, and artists and other vendors will offer goods for sale. Among the items are prints, Cleveland-themed jewelry, scones, soda bread and a product called 3 Tipsy Cats, jellies and jams made with wine. Those sound good, but you might not want to use them on your morning scone.

The West Side Irish American Club will be there selling clothing and other merchandise and sharing information about membership.

The vendor and entertainment lineup is available on the All Irish Boutique event’s Facebook page and at the link above. 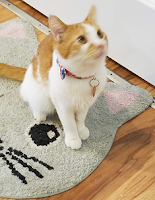 There’s a new place in Cleveland where you can sip coffee and play with cats. It doesn’t get much better than that.

affoGATO, which opened in January in the Tremont neighborhood, is the city’s first cat cafe. I hung out there for a couple of hours on Valentine’s Day, which seemed fitting for a cat lover.

I booked a one-hour appointment online to visit the cat lounge at 4:15 p.m. Walk-ins are permitted, but reservations are encouraged. A one-hour visit costs $10 on a weekday ($8 for students) and $12 on a weekend. If you think you’re going to be a frequent visitor, you can buy a weekday pass, which gives you 10 hours in the lounge for $49.

I got there early because my previous appointments that day didn’t take as long as I’d anticipated. That was fine, though. I enjoyed a cup of coffee, known as a Purr-over, while watching the kitties in the lounge through the window. The drinks all have cat-pun names, including French Purr-ess, Cafe Au Lay-on-your-Keyboard and, for tea drinkers, Kit-tea. There also are baked goods for sale.

Soon it was time for a quick review of the lounge rules, and then about a dozen of us were admitted for our one-hour visit. You can bring beverages and snacks into the lounge, but you are not allowed to feed the cats.

I had watched a big white-and-black cat named Cruser through the window. He was playing hard to get at first, but eventually he came down from his perch and played with a few visitors who lured him with a feather toy.

Cruser stayed up high while I was in the lounge. A female tortoiseshell cat named Fireball hid at first, but she came out for pets with some coaxing. May, a 10-year-old black cat, approached me and enthusiastically licked my hand like a puppy. She was so sweet, and knowing that black cats and senior cats often wait the longest to be adopted, I had to resist temptation. I have a two-cat limit at home.

All the cats in the cat lounge, except for resident cats Prince and Ash, are Cleveland Animal Protective League cats available for adoption. As of my visit on Feb. 14, affoGATO had adopted out 35 cats in the six weeks since it opened. Bios of the cats are on one wall. Male cats wear a bow tie on their collar and females wear flowers on theirs.

Many of the cats were willing to play and be petted during my late-afternoon visit, but some couldn’t be roused from their catnaps. There were about 10 cats out and about in the lounge when I was there. When they needed a break, they could escape into an “employees only” area through a couple of cat-shaped  holes. Some never came out of that area.

The lounge is decorated with cute cat-themed art and accessories and has toys, books and fabulous climbing and perching areas for the kitties. It is a bright, cheerful and clean space. The three owners are affoGATO’s only staff, and they have established a welcoming atmosphere for felines and humans.

Even if you aren’t interested in adopting, you can support the the cats who are waiting for a home by visiting with them in the lounge. It’s a fun, affordable way to help homeless animals. 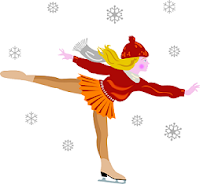 When I was in ninth grade, there was an indoor ice rink down the street from my school. Ice skating was great exercise and a fun social activity after a day of sitting in classrooms. Being able to walk to the rink was a perk in the days before my friends and I were old enough to drive.

And I still remember the thrill I felt when a boy I liked asked me to skate during the “couples skate.” Unfortunately, that one skate was as far as our relationship ever went.

But you didn’t come here to read about that.

Indoor ice rinks can operate in any kind of weather and some are even open year round. But there’s a certain authenticity to skating outside. We did that too when we were kids, although it was sometimes an iffy proposition since we were trusting that we wouldn’t fall through the ice into a frigid lake.

As winter winds down (maybe?), there still is time to skate outdoors in Greater Cleveland. Most of the temporary outdoor rinks have already closed for the season, but the Cleveland Foundation Ice Rink on Public Square is open for its final weekend this Saturday and Sunday. The fee is $10 with skate rental, $7 if you bring your own skates.

The ice rink in Halloran Park, 3550 W. 117th St. in Cleveland, is another option for outdoor ice skating. It’s open from October through April. The information on the link says it’s on West 17th Street, but it really is on West 117th Street. Here and at the Public Square rink, there is no danger of falling in the lake.

Of course if you want to ice skate indoors, you have a lot of options in Northeast Ohio. 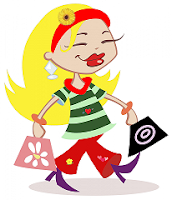 I’m not much of a shopper. However, I am an advocate for shopping local.

Along those lines, there is a cool event coming up tomorrow. It’s called Shop 216 because it’s happening on 2/16.

The shops on Larchmere Boulevard on the Cleveland-Shaker Heights border are all in on this. Businesses on the street, including Loganberry Books (where there is a resident cat) and Our Favorite Things Boutique and Event Center, are offering specials and discounts. It will be a good chance to find some bargains and maybe check out a shop or restaurant you’ve been wanting to try. For example, Poison Berry Bakery is open under new ownership.

Larchmere is just one area taking part in the promotion. Pinecrest and Eton Chagrin Boulevard on the East Side and Crocker Park on the West Side are inviting people to Shop 216. Small businesses in the Coventry neighborhood of Cleveland Heights and on Lakewood’s Madison and Detroit avenues would be great places to visit that day. And what would be more fitting than shopping at In the 216 in Coventry or on Clifton Boulevard?

Those are just some suggestions. There are plenty of local businesses to choose from, north (to an extent), south, east and west.

You’ve made it through another week. Now go buy yourself something nice.

Email ThisBlogThis!Share to TwitterShare to FacebookShare to Pinterest
Labels: Shop 216

The Racial Equity & Inclusion Film Series is back at the Capitol Theater in Cleveland’s Gordon Square neighborhood starting tomorrow night.

A free showing of “The Hate U Give” kicks off the second annual event at 7 p.m., followed by a discussion of the 2018 film that’s based on a best-selling book.

The series will show three more films, in March, April and May, concluding on May 8 with “Dispatches from Cleveland.” The 2017 documentary looks at the city after the fatal shooting of 12-year-old Tamir Rice by a Cleveland police officer in November 2014.

There is a $5 suggested donation for admission to each of those three films. Post-film discussions will be at XYZ The Tavern, just down the street on Detroit Avenue, which will offer free food and a cash bar.

Caveat for those who didn’t click on the link: Online tickets are not available for “The Hate U Give.” Tickets will be distributed starting at 6 p.m. tomorrow, so you’d be wise to get to the theater early.

I haven’t seen any of the films in this series, but they all sound worthwhile. The March film is Hale County This Morning This Evening and the April film is Let the Fire Burn, which aired on PBS in 2014.