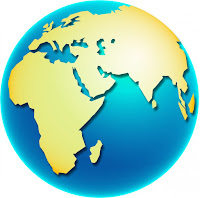 With immigration issues in the news so much lately, a celebration happening Sunday in University Circle seems especially timely.


The 74th Annual One World Day will pay tribute to the many nationalities that make up Greater Cleveland’s population. The Cleveland Cultural Gardens will be the site of musical performances, dance and even yoga.


Visitors can learn how to pinch a pierogi and write their names in a foreign alphabet, among many other activities. They also can go through the Corridor and Doorway of No Return and envision the experience of African-American ancestors.


Food and beverages with a foreign flair will be available in the gardens.


Organizers have made transportation and parking easy for One World Day. Free shuttles will run between the two free parking areas and the gardens, and ambassadors will be on site to guide visitors to the free event. Martin Luther King Jr. Drive and East Boulevard will be closed Sunday from 7 a.m. to midnight.


Lolly the Trolley will offer free tours of the gardens between 1 and 4 p.m., stopping at many of them for a brief history. The trolleys will not transport riders to and from the parking areas.


One World Day runs from 11 a.m. to 6 p.m. The Parade of Flags kicks off at noon in the German Garden and naturalization ceremonies begin at 1:15 p.m. in the Serbian Garden.


There will be a lot to see and do during the seven-hour celebration. I advise checking out the links to plan your day.

Saturday will be a good day to do some exploring.


Sparx City Hop, an arts and culture event, offers free guided Lolly the Trolley tours in downtown Cleveland and surrounding neighborhoods. The trolleys leave from Playhouse Square and stop at various spots, where you can get off and explore the area on your own. You can catch another trolley or walk to the next tour stop. Each trolley makes a loop back to Playhouse Square.


Among the tour stops are artist galleries and studios, retailers, restaurants and historical sites. This guide explains how the event works. I recommend looking it over and making an itinerary before you go. Sparx City Hop, in its 17th year, draws big crowds and sometimes has long lines waiting to board the trolleys. Decide which neighborhoods you most want to see and board the corresponding trolley line — red, blue or green — first.


Trolleys will tour downtown, Ohio City, AsiaTown, the St. Clair-Superior District and the East Bank of the Flats from 11 a.m. to 6 p.m. As a bonus, the East Bank is the site of the Flats Festival of the Arts. You can hop off the trolley and attend the free outdoor art show taking place from 11 a.m. to 8 p.m. Saturday. Just remember, if you stay in the Flats past 6 p.m., you will need an alternative to Lolly to get wherever you plan to go next.


If you can’t do both events on the same day, the Flats festival continues from 11 a.m. to 5 p.m. Sunday.

An additional Sparx City Hop feature is the Historic Downtown Red Line, which begins at stops 4 through 6 on the regular Red Line trolley. It includes free Take a Hike walking tours of the Warehouse District and Gateway neighborhoods. You must reserve a spot on those tours, which you can do at the link above. 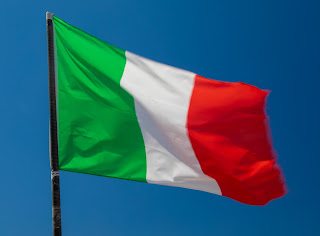 Greater Clevelanders don’t have to ask “Which feast?” They know “The Feast” means the Feast of the Assumption, an annual celebration in Cleveland’s Little Italy neighborhood that dates to 1898.


The Feast is both a religious and secular event. Catholics observe a Holy Day on Aug. 15 in honor of the Blessed Virgin Mary being taken into Heaven. That’s why the four-day celebration will begin Thursday with a Mass at 10 a.m. at Holy Rosary Church, followed by a solemn procession through Little Italy. In addition, the Rosary will be prayed at 6 each evening at the church’s Outdoor Shrine.


Celebrating Italian heritage also is part of The Feast, which means — good news — Italian food. Besides the restaurants that line Mayfield and Murray Hill roads, there will be outdoor stands selling pasta, pizza, tiramisu, pizzelles, cappuccino, beer, wine and more.


The Feast will include live music, carnival rides and a casino. Admission is free, but there is a charge for the rides and, of course, the food and drinks. Proceeds from the stands and rides benefit Holy Rosary Church.


A night procession and prayer service, followed by fireworks at Tony Brush Park on Mayfield, will conclude the celebration Sunday night.


On-street parking and spaces in some restaurants’ lots are available, but be aware that Mayfield Road will be closed to vehicular traffic during The Feast. RTA is an option to save the hassle and expense of parking. There is a Red Line rail station on Mayfield near East 119th Street.


Just as you don’t have to be Irish to celebrate St. Patrick’s Day, you don’t need to be Italian or Catholic to enjoy The Feast.

Summer in Northeast Ohio brings, among other things, lots of open-air markets. One that I really like is the Westside Flea in North Olmsted.

The Westside Flea is held one Saturday each month in the summer, including tomorrow, at North Olmsted Community Park. Art, jewelry home goods and handmade soap are among the items for sale. Food trucks and a farmers market also are there.

It's a good event for animal lovers. You can bring your leashed dog and you can meet adorable alpacas from Gaelic Glen Alpacas in Perrysville.

You have only a couple more chances to attend the Westside Flea -- tomorrow and Sept. 21. July's Flea was canceled because of bad weather.

Admission to the Flea is free, but each month shoppers are invited to bring nonperishable goods to benefit a local charity. Anyone who makes two donations or more will get a free Westside Flea tote bag.

The Flea begins at 9 a.m. with a free yoga session at the gazebo and ends at 3 p.m. Two things I really like about the Westside Flea are the variety of vendors and the plentiful parking. I'm also partial to the alpacas. 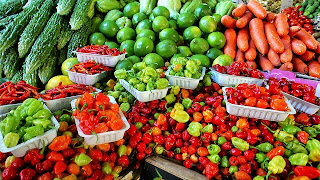 I just discovered that it's National Farmers Market Week. I'm a big fan of farmers markets. The fruits and vegetables taste so much better than what you get in the grocery store. Granted, the prices sometimes are higher, but the produce also lasts much longer than supermarket produce, so you're not throwing food away.

Many farmers markets, including several in Northeast Ohio, accept EBT cards, which SNAP recipients use to buy food. EBT cards have replaced food stamps. Some farmers markets also participate in the Produce Perks program for EBT cardholders. For every dollar you spend on produce at the market you get $1 in tokens, up to $20. That's a great incentive to eat more healthfully.

Farmers markets are more than produce, though. They might sell bread and baked goods and even some non-food items. Here in Cleveland, more than one farmers market sells pierogies that you can eat there or take home.

The list at the link will show you where and when farmers markets are held in Cleveland and surrounding areas. I'm partial to the Tremont Farmers Market on Tuesdays and the Kamm's Corners Farmers Market on Sundays, but there are many more I haven't tried yet.

Besides the food and other items, many, if not all, farmers markets in this area have musical entertainment. You can sit and listen to the performers or just enjoy the music in the background while you shop. Another bonus: Almost every farmers market I've visited has included dogs among the shoppers, all of them very good boys and girls.

I'm switching things up a bit for today's post. CLE on the Cheap usually has posts about free and low-cost ways to have fun in Northeast Ohio. There is an event Saturday that is fun and fits the free and low-cost criteria. It also benefits a cause that means a lot to me.

OutRun Ovarian Cancer (OROC) is having a race that starts at the Rock & Roll Hall of Fame and goes through downtown Cleveland. There is a 5K race and a 1-mile fun run. All proceeds fund ovarian cancer research and education in Greater Cleveland.

Ovarian cancer is the fifth-leading cause of cancer-related death among women and the deadliest of gynecological cancers. There is no screening test for it and no cure. Treatments and survival rates have gotten better in recent years and money donated to research efforts will help survival rates improve even more.

I have been an ovarian cancer survivor since 2015, when I was initially diagnosed. I have had two recurrences since then -- in 2016 and this year. Research resulting in more effective treatments is one reason I'm still here.

You can still sign up for Saturday's OROC race. Race-day registration, which is $30 for adults and $15 for kids 10 and younger, begins at 7 a.m. on the Rock Hall plaza. Race-day registrants will get an OROC T-shirt while supplies last.

A celebration rally and a survivors tribute will precede the 5K and the fun run, which begin at 8:30 a.m. I formed a team for the 5K in 2017 and really enjoyed it. Everyone on my team walked instead of running and we didn't finish last.The ceremonies and the 5K took place in a festive atmosphere, with musicians and Cleveland Indians drummer John Adams among those cheering us on along the route. People of all ages and abilities, along with a few dogs, ran and walked.

If you're not up to participating in either race, you can come downtown to cheer on the runners and walkers. Doing that is free. You also can visit several vendor booths, win raffle prizes and learn more about ovarian cancer.

Ovarian cancer is less common than other cancers and therefore gets less attention and fewer research dollars. The OROC race will help with that. Please run, walk, or root for the racers on Saturday and spread the word about this disease whenever you can.