July is almost over already. How is it that the summer months fly by and the winter months drag on?

But no need to think about winter today. There’s still plenty of summer left and lots to do in Northeast Ohio.


Soak in some culture at a price that can’t be beat. Arts in August in Cleveland’s Tremont neighborhood starts Friday, with free events continuing every weekend this month at Lincoln Park. Those events include dance, Shakespeare and a Cleveland Jazz Orchestra performance.


Visitors are encouraged to bring blankets, lawn chairs and picnics. If you don't want to bring your own food, you can have your pick of restaurants in Tremont, including several within walking distance of the park.

Explore the neighborhood before the concert if you have time. It's one of my favorites.

Arts in August sure sounds like a nice way to spend a summer evening. All of the events start at 7 p.m. except the final one, which starts at 4 p.m. on Aug. 25.

In the early decades of the 20th century, Cleveland’s Playhouse Square theaters showed movies along with presenting stage plays and vaudeville shows. Starting Thursday, you can take a trip back in time as the Connor Palace again shows what used to be called moving pictures.


Cinema on the Square offers movies (and admission prices) from years past. This year’s lineup will feature 15 movies from the 1940s to the ’90s, including two starring Judy Garland, another with raunchy college humor, a few geared for children and adults and, just when you thought it was safe to go back in the water, “Jaws.”


General admission is $5 for adults and $4 for seniors, children younger than 12 and students with ID. Flix Tix passes, good for six films of your choice, are $15. That’s half the price of adult general admission for the same number of films. You know CLE on the Cheap loves a good bargain!

Reading and Writing and Celebrating 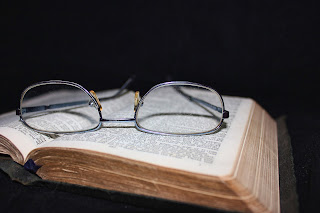 Don’t expect Cleveland Public Library’s downtown branch to be quiet Saturday. There will be a lot going on.


The library is celebrating its 150th anniversary with a street festival on Superior Avenue between East 3rd and East 6th streets. The festival, starting at 1 p.m. and ending at 10 p.m., will include entertainment for all ages, live music and activities and crafts for children. You can find a schedule of events here.


With a portion of Superior closed for the festival, parking will be a challenge. I recommend taking public transportation. The library is a short walk from the Terminal Tower RTA station. Another option is Lolly the Trolley, which is offering free rides from the Eastman, South, Sterling, Woodland, East 131st, Addison and Collinwood branches.


The celebration will move indoors to the Louis Stokes Wing, 525 Superior Ave., in case of rain.


Another event Saturday in the Louis Stokes Wing is the Cleveland Inkubator conference. Put on by Literary Cleveland, the day of workshops and talks aimed at writers and readers begins at 8:30 a.m. and ends at 4:30 p.m. A keynote by award-winning poet and writer Hanif Abdurraqib starting at 3 p.m. will wrap up the conference.


Representatives from local independent bookstores, literary journals and literary organizations including Cleveland Kids’ Book Bank and Seeds of Literacy will be there. It’s safe to assume there will be books for sale.


The Cleveland Inkubator conference is free, but registration is required. The same is true for three evening events this week, starting Wednesday. Unfortunately, registration is closed for Wednesday night’s event at CLE Urban Winery in Cleveland Heights. However, you still can register to attend a book swap and reading Thursday night at McNulty’s Bier Markt (not a typo) in Ohio City and an open-mic night Friday at Happy Dog on Detroit Avenue.

If you’re looking for a free festival with more than the usual offerings, head for the Cleveland-Shaker Heights border Saturday. Specifically, head for Larchmere Boulevard, where the aptly named Larchmere Festival will be held from 10 a.m. to 5 p.m.

Besides art, food and music, this festival will include massage, tarot card readings, goat yoga and a scavenger hunt. There’s also Author Alley, featuring more than 50 local authors selling and signing their books. Author Alley will be set up next to independent bookstore Loganberry Books from noon to 4 p.m.


In addition, Loganberry and the other shops and businesses in the neighborhood will be open and you just might find some bargains along the way. If you don’t want to eat at the festival, the boulevard offers several dining options.


Reminder: If you’re coming from the west, you’ll have to alter your usual route to Larchmere because of work that has closed part of Interstate 490. Use an app or a map or just follow the detour signs from the highway.

RTA also is an option. The Rapid’s Blue and Green lines travel to Shaker Square, a one-block walk from Larchmere Boulevard.

About This Hike: Hear Me Out

I’m breaking one of my own rules. Normally, I post about upcoming events or things I’ve done in the past that will happen again. Today’s post is about an event I attended Sunday that isn’t scheduled to happen again. But I hope it will.

Sunday’s event was Take a Hike – Tremont: The Immigration Story, one of the final activities of this year’s Cleveland History Days. The guided walking tour isn’t part of the regular Take a Hike lineup, but our tour guides said it’s under consideration as an addition.

Based on our group’s size — about 50 people — I’d say the demand is there. I also saw requests on social media for another Tremont hike after Sunday’s “sold out.” That’s in quotes because the tour, like the regular Take a Hike tours, was free. But there was a limit on the number of hikers.

The tour began at the Lincoln Park gazebo, where guides Tom Yablonsky and Tim Donovan briefed us about Cleveland History Days and what we would see on our tour. Tom remarked on how quiet the park was and hoped the same would be true as we walked through the neighborhood.

Unfortunately, it wasn't. I have been on several Take a Hike tours and each of those guides has used a microphone. Neither guide had one on Sunday. Maybe they had to make do because the tour isn’t an official Take a Hike tour — I don’t know.

You can’t avoid noise in an urban setting, but a tour guide without a microphone is no match for loud motorcycles and cars with bad mufflers. In addition, our hike took us under an overpass, where many of us were unable to hear the narration because of the traffic overhead. Our group was too large for everyone to gather around the guide who was talking, so I heard about half of what Tom and Tim said on the 90-minute tour. At times, we stopped at a site and I saw one or both of them pointing at something, but all I could hear was the surrounding noise. Whatever Tremont’s immigration story is, I missed it.

Full disclosure: My friend Carmen and I left the tour shortly before it ended, but not because of the hearing problem. I was having severe foot pain and just couldn’t walk any farther. Carmen noticed that several other people had split off from our group and were walking toward their cars before the tour ended. I don’t know why they cut out early, but I’m guessing at least some of them were frustrated that they couldn't hear the narration. Had we stayed until the end, I would have talked to the guides about it.

Despite its shortcomings, the Tremont tour should be added to the Take a Hike lineup. There is a lot to see in one of my favorite Cleveland neighborhoods, especially when you’re walking instead of driving. Now organizers just need to make sure there’s plenty to hear as well.