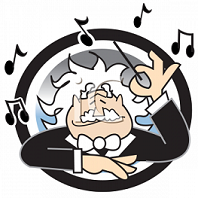 You probably know about the world-renowned Cleveland Orchestra. You might even know about The Ohio State University’s Best Damn Band in the Land. But do you know about City Music Cleveland? I didn’t until recently.

City Music Cleveland is a chamber orchestra founded in 2004 to bring free concerts to neighborhoods where audience members might not otherwise be exposed to classical music. The chamber orchestra performs on both sides of town, although it appears that its only West Side venue is in Lakewood.

Season 15 began in October and includes concerts next month as well as in March and May 2019. The December series, “Magic Winds,” will feature Cleveland Orchestra oboist Frank Rosenwein.

I’m not knowledgeable about classical music. My sixth-grade class took a field trip to Severance Hall to see the Cleveland Orchestra. All we learned, or at least what stuck with me, was don’t applaud until you see other audience members applauding. Sometimes it sounds as if the musical number has concluded, but just like in baseball, it ain’t over ’til it’s over.

Some 30 years later, a friend with a season subscription took me to see the orchestra again, and I still had to take my applause cues from the audience. For someone like me, a City Music performance would be an affordable, convenient way to become more familiar with classical music. I don’t live in one of the targeted neighborhoods, but I still could benefit from the program. Maybe some of you could, too