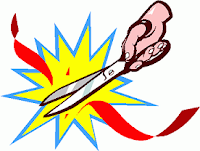 A recent Facebook post in which I noted that canceling my cable TV service has saved me money – and spared me from the avalanche of campaign commercials that typically precede an election – caught my friends’ attention. They wanted to know how they could cut costs without giving up their favorite programming.

If I didn’t hate the expression “There’s a lot to unpack,” I would use it here. But I do. So I won’t. Instead, I will tell you there are lots of choices, which can be overwhelming. I’m no expert, but this is what I did before cutting the cord.

First, I read this article from Consumer Reports. I read other ones, too, but this was the best. It explains your options really well. There is no one-size-fits-all solution. That might seem like a bad thing, but it’s actually a good thing. If you’re a cable subscriber, you’re probably paying for several channels you never watch. Think about which programs and channels you watch regularly and which ones you could do without.

You’ll need to decide which streaming services you want and what device you’ll use to get them. The article above will help with both decisions. Shop around before you buy. Note that this article mentions Acorn TV, which I’ve told you is available for free with your library card.

Here’s what I chose. My streaming device is Amazon’s Fire TV. It’s not a TV, but a small device you plug into your smart TV. It was a QVC Today’s Special Value for $49.99. It’s ironic that I found this deal on cable TV. Whatever device you choose, remember this is a one-time expense, not a monthly fee.

Fire TV works on apps, many of them free. For example, I watch CBSN, a streaming service from CBS News, and the NBC News app, which includes content from MSNBC, for free. There are free local news apps as well, which include programming not aired on TV. You also can watch local news from other cities via their apps. When the Kilauea volcano erupted, I watched coverage from one of the Honolulu TV stations. Yes, I’m a geek. So are many of you, I’ll bet.

I can access entertainment programs from ABC and NBC via their free apps on my Fire TV, but CBS All Access charges a fee. I can’t watch broadcast network shows “live.” It usually takes a week or so for them to be unlocked. So if you can’t bear waiting for “This is Us,” you can use an antenna to watch that or anything else on broadcast TV.

For streaming, I have Sling TV and Netflix. Sling TV carries many of the channels available on cable TV and offers three pricing tiers. It also offers a seven-day free trial. (Sidebar: If you sign up for Sling TV, please mention my name. I think I get something for referring a friend.) I chose Sling TV’s Orange + Blue plan, mostly to get Indians games on Sports Time Ohio. With the Tribe’s season over, I’m going to downgrade until Opening Day. I also had a Hulu subscription, but it expired. Hulu’s recent offer of less than $6 a month might lure me back.

As far as costs, I’ve kept my internet service with Cox, my previous cable provider, which cut my bill by more than half. Even with the combined cost of Sling TV and Netflix – $50ish per month, but it will be $40ish per month when I downgrade – I’m saving more than $50 a month. In addition, the programming choices are better. And I can’t overstate the value of not seeing any TV political ads the past few months.
at 9:21:00 AM