Streaming on a Budget 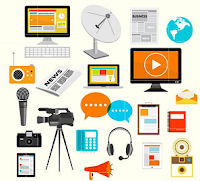 Now that you know how to get free reading material from the library without leaving home, it’s time to discover what you can watch and listen to for free using your library card.

The selection might vary by library, so I’m going to use Avon Lake Public Library as an example. This library’s website has a digital media section that includes Hoopla and Kanopy plus Acorn TV. A few months ago I didn’t know what any of that was, but then I attended a free library program that helped me understand it.

Simply put, Hoopla and Kanopy allow you to borrow movies, TV shows and what I still think of as albums and enjoy them on any device with a browser. Acorn TV offers popular British television shows for streaming. The library’s digital media inventory isn’t as extensive as those of the streaming services you pay for, but it offers hit movies as well as lesser-known films. I haven’t dived very deep into the music offerings, but I found some music I wanted to listen to.

I recently watched “My Friend Dahmer,” which was in theaters last year, and “Carole King: Natural Woman,” a documentary I hadn’t heard of before, on Hoopla. I listened to “Hot Rocks,” a compilation of Rolling Stones hits from 1964 to 1971, and “Creeque Alley – The History of the Mamas & the Papas.”

Just so you don’t think all the Hoopla music is from 50ish years ago, a quick search of “popular” music revealed the “Hamilton” soundtrack and “Sweetener” from Ariana Grande. I don’t know Ariana Grande from Nachos Bell Grande, but her album is dated 2018, and she sang “(You Make Me Feel Like) A Natural Woman” (and was groped by a preacher) at Aretha Franklin’s funeral.

The TV section includes a lot of programs I’ve never heard of plus sitcoms of the Antenna TV variety, documentaries, how-to programs and children’s shows.

Kanopy is more highbrow. It’s heavy on documentaries, which is fine by me. Where else could you watch a doc about trailblazing journalist Ida B. Wells, or another called “A Street Cat Named Bob,” for free? Its TV section has a number of series that have aired on PBS.

Now you have an overview of the digital resources libraries offer. If it all seems overwhelming, I recommend checking whether a library near you offers instruction about its digital media, either in a group setting or one on one. Libraries employ knowledgeable people who want to help you.