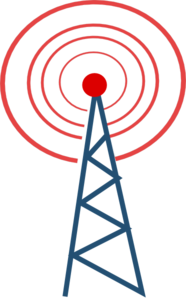 If you’re old enough to remember when Cleveland radio ruled, you listened to WIXY 1260, maybe on a transistor radio. The Top 40 station was the soundtrack for a few of my preteen summers in the early 1970s, and I mourned when the format and call letters changed in 1976.

WIXY is silent no more. Instead of finding it at 1260 on your AM dial, you’ll find it here. WIXY is still playing the hits of the 1960s and 1970s, only now it’s doing it online. The station still originates from Cleveland, but you can listen from anywhere on a number of devices. It kind of freaks me out that you can tell Alexa to tune in to WIXY 1260.

After the original WIXY signed off, a lot of listeners gravitated to FM station WMMS, which played album-oriented rock instead of Top 40 hits. WMMS is celebrating its 50th anniversary this year, but its heyday was circa 1976–86. In 2014, former WMMS program manager John Gorman started internet radio station oWOW, the self-described “sweet spot between classic rock and indie rock.”

oWOW is based at 78th Street Studios in Cleveland’s Gordon Square neighborhood, but like WIXY, it can be heard anywhere. The station has a decided Cleveland flavor despite its global reach.

Gorman explained the call letters during a program this summer at Music Box Supper Club that looked back at the music and personalities heard on WMMS. When you listen to the online station, he said, you’ll hear a song that makes you say, “Oh! Wow!”